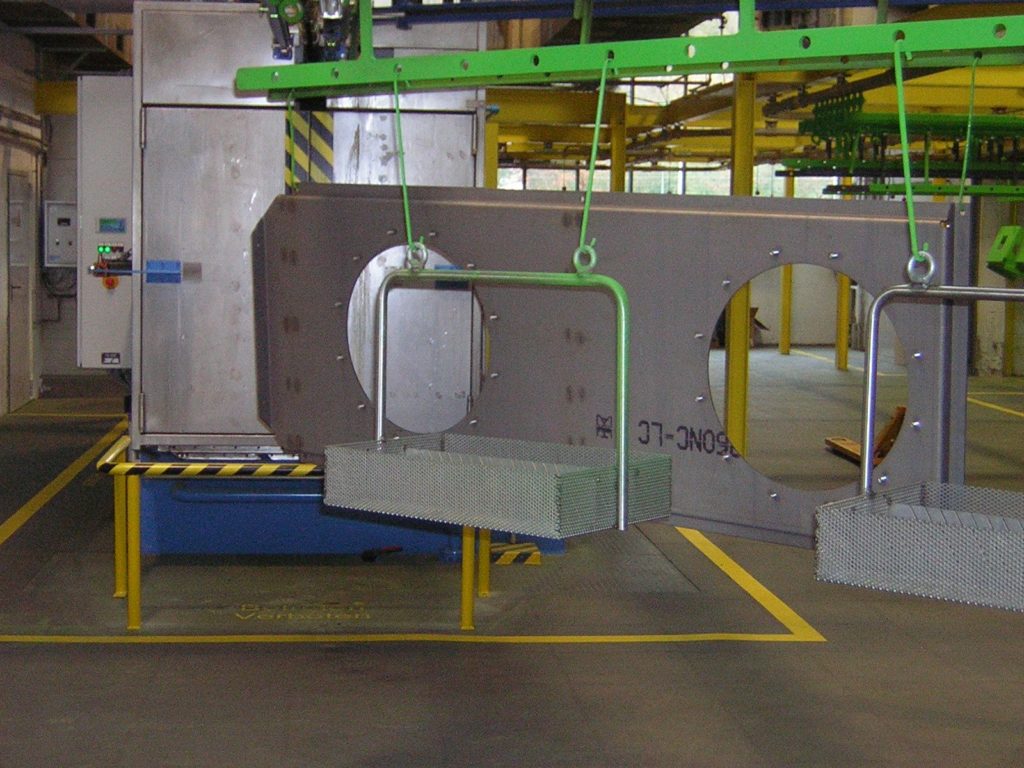 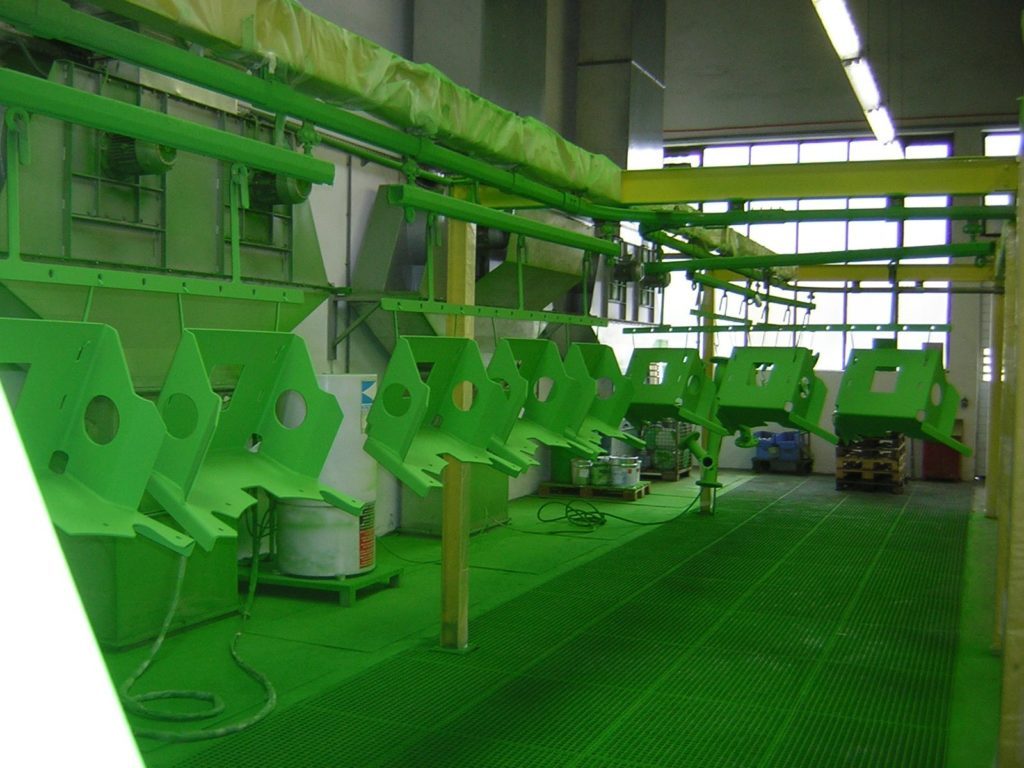 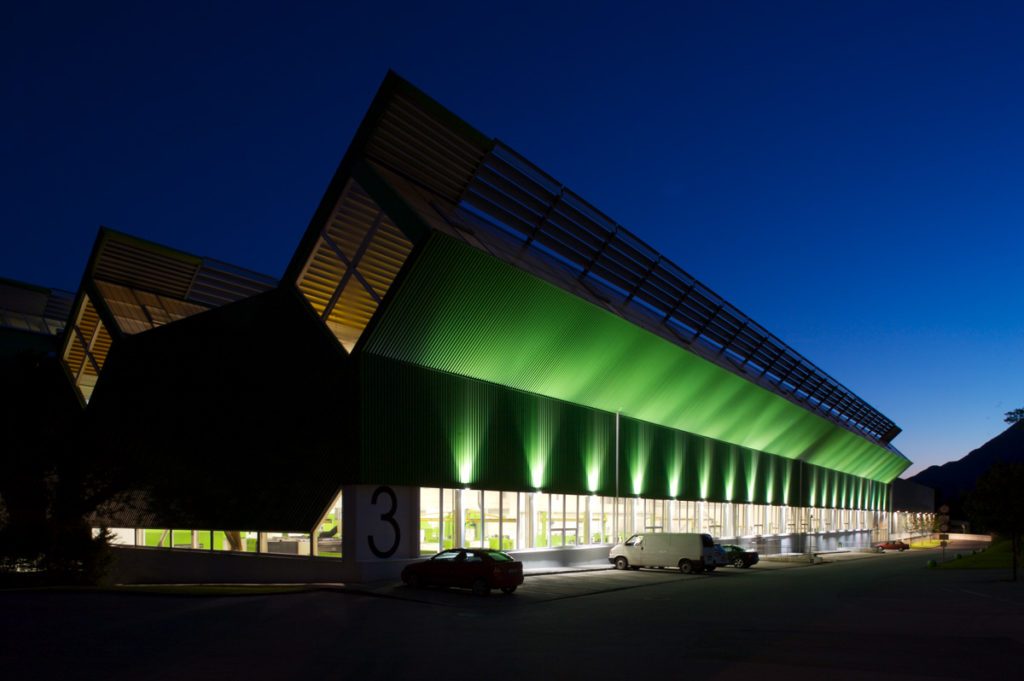 The Tyrolean company GE – Jenbacher has been manufacturing gas engines for 50 years. Operated with natural gas, biogas or gaseous waste materials, these are primarily used for decentralised power and heat generation and contribute to increasing energy efficiency. By converting the paint preparation from sandblasting and manual cleaning to automated parts cleaning in a BUPI CLEANER® continuous cleaning system from MAP Pamminger, the rapidly increasing volume of parts can be handled without increasing the number of personnel, and with increased quality of the parts.

In Austria, electricity comes from the socket, behind which a reliable grid and a power plant network guarantee a secure supply of electricity. This is not the case everywhere. In many parts of the world, consumers cannot rely on a sufficient supply from the grid and have to generate the energy they need locally. At the same time, gaseous energy sources fizzle out unused into the atmosphere, from natural gas that escapes during crude oil extraction and is flared, to landfill and mine gas from coal mines, to the much-cited excretions of livestock. In times of growing energy consumption and increasing pressure to counteract climate change, this is a scandal.

GE – Jenbacher has something to counter these problem areas, because the gas engine division of GE Energy, headquartered in Jenbach, Austria, is one of the world’s leading manufacturers of gas engines, generator sets and trestle heat and power plants. What makes it special: The engines, which have been produced in Jenbach for exactly 50 years, can be operated with natural gas as well as with various bio and special gases from agriculture, mining, industry or waste management. GE Jenbacher owes its leading position to the fact that the company is the only one in the industry to concentrate exclusively on gas engines.

This year, the company is supplying 60 countries from its base in Tyrol. On the one hand, the Jenbach plants provide decentralised energy supply where electricity and heat are needed, and on the other hand, they ensure that gaseous waste with a relatively low calorific value is also put to good use, which helps to reduce dependence on scarce crude oil, which requires considerable effort to transport.

The company, which employs about 1,700 people, is embedded in the General Electric Group as a division of GE Energy. GE Energy, headquartered in Atlanta, is active in all areas of the energy industry and generates annual sales of 19 billion US dollars (2006) with plants for generating energy from coal, oil and natural gas as well as from renewable energy sources such as water, wind, sun and biogas. Through its “ecomagination” certification, GE promotes new technologies to address important environmental challenges. The “ecomagination” products promptly include the Jenbacher gas engines for biogas, landfill gas and mine gas.

Not only the engines are manufactured in Jenbach. Complete systems are produced for stationary installation or as mobile units in containers. Not insignificant is the pipe and sheet metal processing from cutting to welding to mechanical processing. Before the units are assembled, all structural parts are electrostatically painted.

To prepare for the painting process, until 2006 most parts were sandblasted before priming in a walk-in blast room or by means of an overhead conveyor, or, where the geometry did not permit, cleaned by hand. Double-digit growth rates brought the plant to its capacity limits, so that Roland Lechner, head of the painting department, and Ulrich Held, production planner for metal parts, went in search of practicable alternatives at the beginning of 2006.

The challenge they had to face was how to cope with the expected increase rates without additional staff. So the goal was clearly to increase efficiency and productivity. To this end, GE Energy, which had already invested about 90 million euros in the site since the Jenbacher takeover in 2003, was happy to provide the necessary investment funds.

A question of method
Initially, various manual methods were considered, none of which met this criterion. They were all quite quickly discarded in favour of an automatic cleaning system, after one had already been installed elsewhere in the house for some time and delivered very satisfactory results.

Another clear argument in favour of such a system was that phosphating the parts results in a considerable improvement in quality, especially compared to manual paint preparation. The challenges that remained were the desired low-manipulation operation and the fact that the parts to be cleaned have a wide variety of dimensions and geometries.

Therefore, a very high degree of automation was targeted, including parts logistics in addition to the actual cleaning. The goal was to integrate the existing belt conveyor system so that manual interaction is limited to providing the parts on the belt. “No series machine meets these requirements without customer-specific adaptations,” Ulrich Held knows. “However, in MAP Pamminger we found a supplier who analysed the task with us and worked with us on a solution.”

The result is impressive: The belt conveyor runs through the cleaning system without interruption. Once the cleaning area is free, the conveyor automatically brings in the next workpiece and ejects it at the other end after cleaning. “This results in a considerable increase in efficiency,” explains Ulrich Held. “For electrostatic painting, the parts had to be suspended even before, and now they pass through the cleaning cycle quasi fully automatically on their way to painting.”

The conveyor system also had to be adapted for this purpose. In the interest of continuous utilisation, a buffer zone was created upstream and downstream of the cleaning system, from which the system serves itself or into which it places cleaned hangers for further transport. The person who is needed to hang up the parts anyway has enough time to carry out the few necessary interventions on the machine.

The fact that the cleaning of different parts can be carried out within the work cycle without any changeover is perceived as pleasant. If, for example, very small parts have to be inserted into a batch of large parts, a standard hanger is simply equipped with cleaning baskets and placed between the others. The working conditions in the clean and clear room are also pleasant: despite the necessary inlet and outlet openings for the transport rail, vapours or cleaning agents remain inside the machine.

Cleanliness and waste disposal
Full operation was started almost without transition in May 2006. Since then, there have been no operational standstills. Only because of the conversion of the door actuation system from the temporary to the final solution, which was carried out by the manufacturer a short time later, a one-day break had to be taken. Ulrich Held: “Despite personnel reinforcement, chaos reigned. Our staff could no longer imagine how operations could be maintained without the system a few months earlier. This confirms the correctness of the system decision, which represents an investment not only in quality improvement and increased productivity, but also in environmental quality and, last but not least, in improved working conditions.”