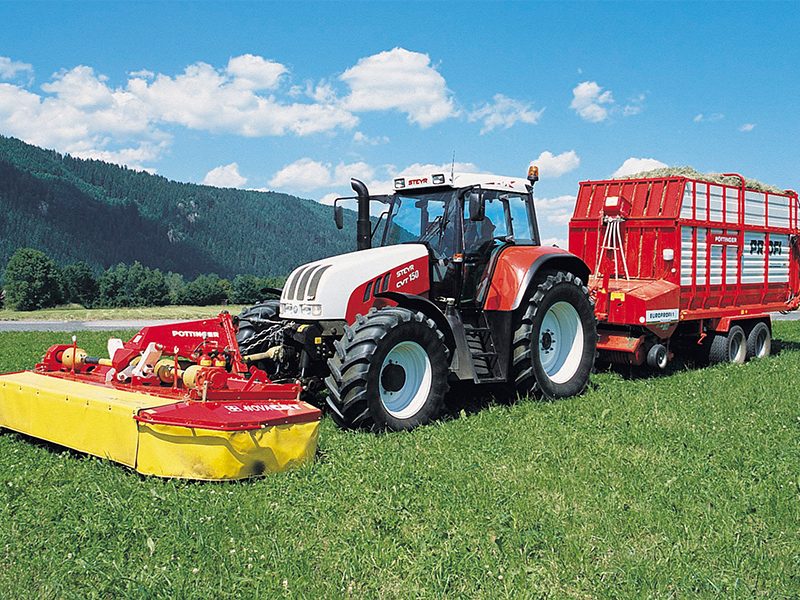 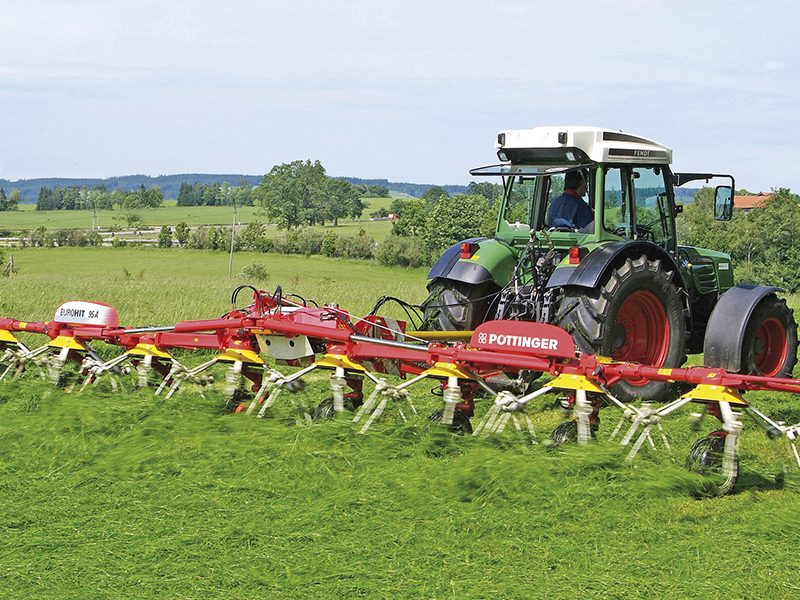 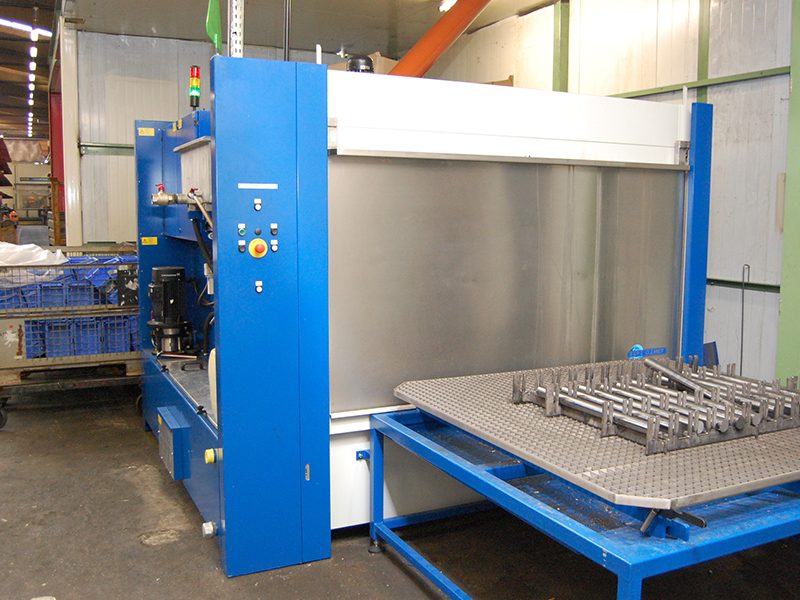 The traditional Upper Austrian family business Alois Pöttinger Maschinenfabrik Ges.m.b.H ensures gentle efficiency in agriculture with agricultural technology ranging from mowers to loading and silage wagons and from ploughs to roundabout and disc harrows to seed drills. The precision and durability of the equipment depend not least on the cleanliness of the parts before each processing step. Already proven in use for almost 40 years, a BUPI CLEANER® cleaning system was replaced by a BUPI CLEANER® POWERTEC 7HPHP dual-portal chamber washing system from MAP Pamminger. Higher efficiency and improved working conditions are the result.

For centuries, half the population was busy feeding itself and the other half. At the beginning of the 20th century, most European countries were still agricultural, with 60 % of Germans working in agriculture. Today, only about 3% of the population work as farmers to ensure that “our daily bread” reaches everyone’s tables in abundance.

This development was made possible by an almost unbelievable increase in efficiency in agricultural production. In addition to other advances, such as in fertiliser production, it is the use and continuous development of machinery on meadows, fields and fields in all phases of production, from soil preparation and sowing to harvesting and harvesting. And this not only on large farms in the flat countryside, but also on small, often part-time farms in alpine locations.

A leading manufacturer of agricultural technology is the fourth generation of the family-run Alois Pöttinger Maschinenfabrik Ges.m.b.H. with headquarters in Grieskirchen. Founded in 1871, the company reached its current size through groundbreaking inventions, such as a hay tedder suitable for steep slopes or loader wagon technology, but also through the acquisition of a plough factory and a seeding technology plant. At four locations, about 1,100 employees generate a turnover of about 240 million euros (business year 07/08).

The equipment they develop and produce manages the wide balancing act between high precision for smooth interaction of the numerous moving parts on the one hand, and durability and insensitivity when used outdoors on the other. Meeting such conflicting demands requires the highest quality of workmanship, and this necessitates a high degree of dividing unity before each processing step. “From bare parts that have to be cleaned of oil residues before welding to shaped pipes and sheets that have to be freed of scaling, all parts go through a cleaning system,” reports Iskender Merkezoglu, foreman of the II Mechanical Production Department.

There have already been two parts cleaning systems at Pöttinger’s main plant in Grieskirchen, and both came from BUPI Golser. One of them was a special design for disc mower beams with a maximum length of 3,230 mm. The other was a machine from the early days of the Hallein-based manufacturer. For forty years it had provided valuable service, but since ‘the better is the enemy of the good’, it was time for it to make way for a more modern machine with a higher degree of automation.

Savings in space and time

“Not only agricultural technology, but also the cleaning systems have undergone some major leaps in development since then,” Merkezoglu knows. The quick and ergonomic handling of the cleaning system was particularly important to him. After all, the parts to be cleaned have weights of up to 15 kg, and several tonnes of material often pass through the cleaning system every day. Due to the clear preference for this cleaning method and the good experiences in the past with the systems from BUPI Golser and the support from MAP PAMMINGER, the choice was unsurprisingly made again for a single-chamber spray cleaning system from the same manufacturer, namely a BUPI CLEANER® POWERTEC 7HPHP, which is equipped with lifting portals (HP) on both sides and can therefore be fed alternately. This increases the throughput considerably, because while the washing programme is still running, the next load can be prepared on the other side.

The BUPI CLEANER® POWERTEC product family, which was first presented at vienna-tec in autumn 2006, is a new generation of space-saving single-chamber washing systems with lifting doors in various sizes for payloads from 700 kg to 1,500 kg. The largest machine in this series has been in operation at Pöttinger since the beginning of April 2009. Equipped with fully automatic PLC control and digital temperature regulation, the spray cleaning system guarantees clean washing results thanks to the intelligent distribution of the 94 full-jet nozzles in the chrome-nickel steel cleaning chamber and the standard rotary plate. By means of feeder trolleys on both sides, the wash ware is fed in and out without too much physical effort.

Ergonomics and ease of maintenance
“Ergonomics in operation is a decisive advance, but ease of maintenance was also a selection criterion for Pöttinger,” knows Iskender Merkezoglu. “The pump, the oil separator for constant preparation of the cleaning fluid and the entire hydraulic unit are easily accessible on the outside of the system.”

Despite its space-saving design, the new BUPI CLEANER® POWERTEC 7HPHP is more voluminous than its predecessor due to its larger capacity. Also, the double-sided feeding with a second finishing table requires additional space, which had to be created first. “However, this has enabled us to significantly increase efficiency in operation, and the working conditions for the employees have also improved considerably, not least due to the automatic drying and damp air extraction,” Iskender Merkezoglu reflects on initial experiences. “Even without a scrapping bonus, replacing the very old predecessor machine with the modern BUPI CLEANER® system will pay for itself in no time at all.” 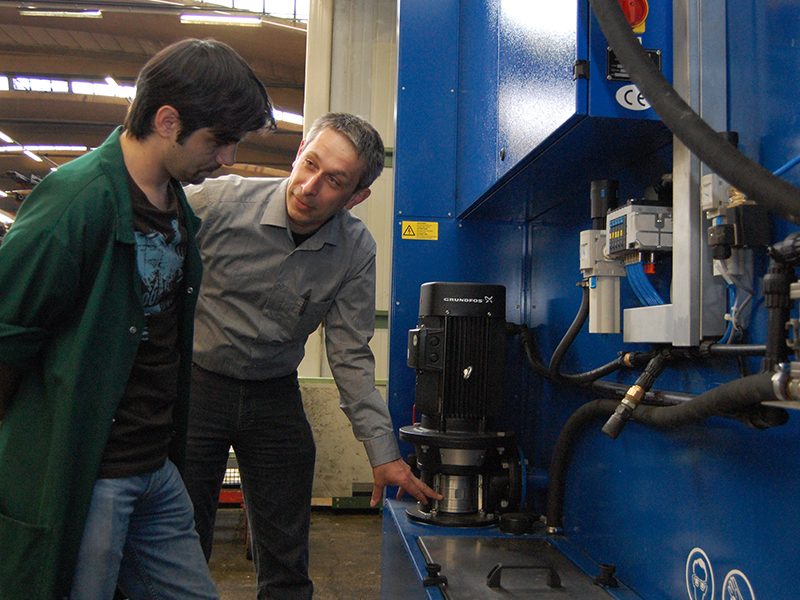